“Without the hard work and dedication of the young men who served in the Civilian Conservation Corps (CCC), there would be no Deception Pass State Park. From 1933 through the early 1940s, hundreds of young men served at CCC camps at Deception Pass, laboring to create roads, trails, picnic shelters and other structures that remain in the park to this day. The work was not glamorous and they were paid little for their efforts, but they gave our park a legacy that has withstood the trials of time.”

We will be talking with Park Rangers and learning more about the dedicated people that built up our beautiful park.  In the meantime, you can visit the Deception Pass Foundation Website to read about past and future projects with CCC involvement, Telling The CCC Story.  You can also visit the official Washington State Park website and see the specifics of Cornet Bay Retreat Center, if you want to get an idea of what we have access to!

Don’t pass up the Virtual Tour of Cornet Bay Retreat Center from the Washington Parks Foundation! 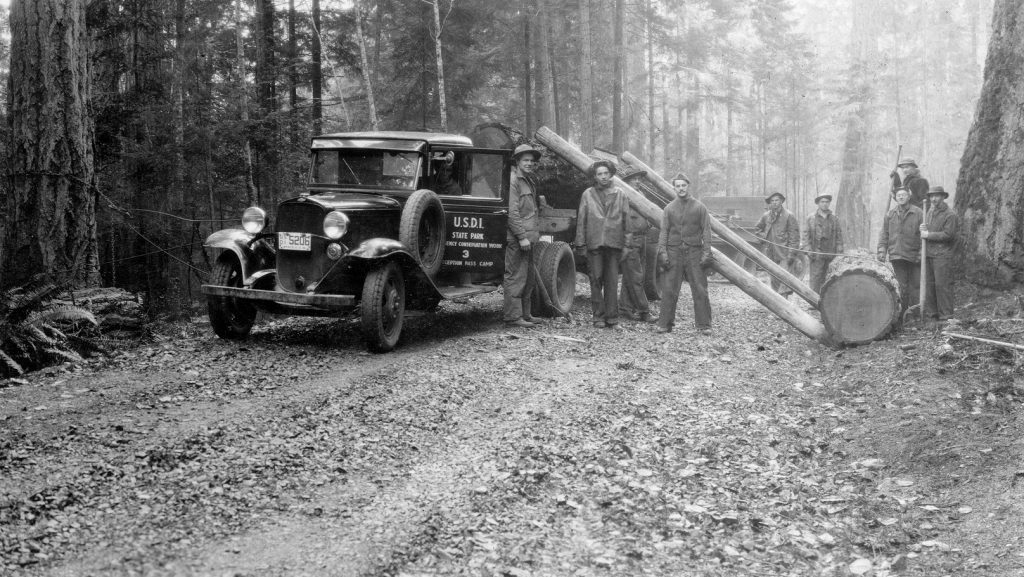